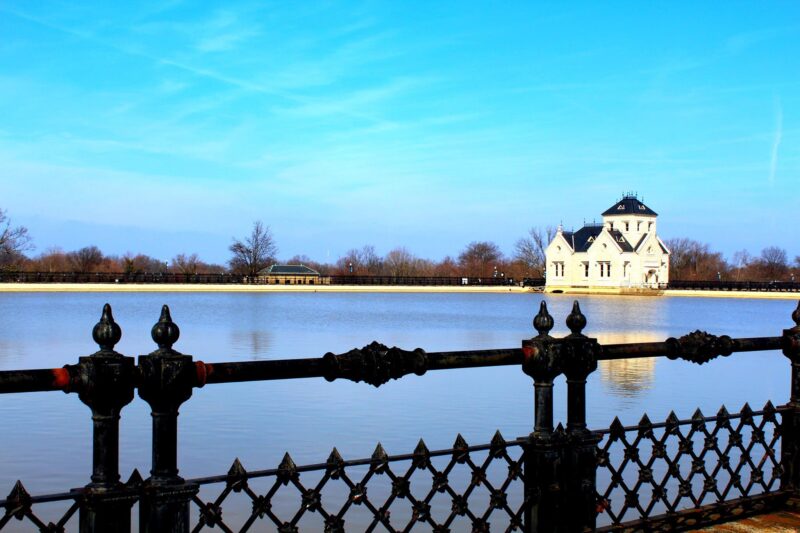 Walking Wednesday is an opportunity to explore the inside of the stone building at the Crescent Hill Reservoir.

Louisville has one of the oldest water treatment companies in the United States. Kentucky’s vast underground limestone aquifers provided easy access to fresh water via wells throughout the state, but they also aided the spread of diseases such as cholera and typhus. In the early 1800s Louisville was nicknamed “The Graveyard of the West” because of the widespread and deadly outbreaks that were occurring on a regular basis. 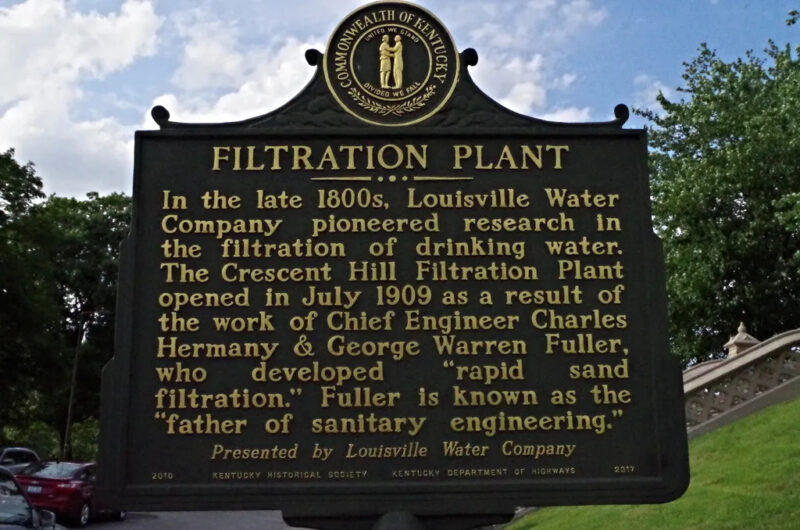 The Louisville Water Company was founded in 1854 and the massive infrastructure that would bring safe drinking water to Louisville residents was completed 12 years later, helping Louisville to be completely free of cholera during the next major epidemic in 1873. A few years later in 1879 the Crescent Hill Reservoir opened to meet the growing demand for safe water. Ever since then it has been a Louisville tradition to enjoy a walk around the reservoir. 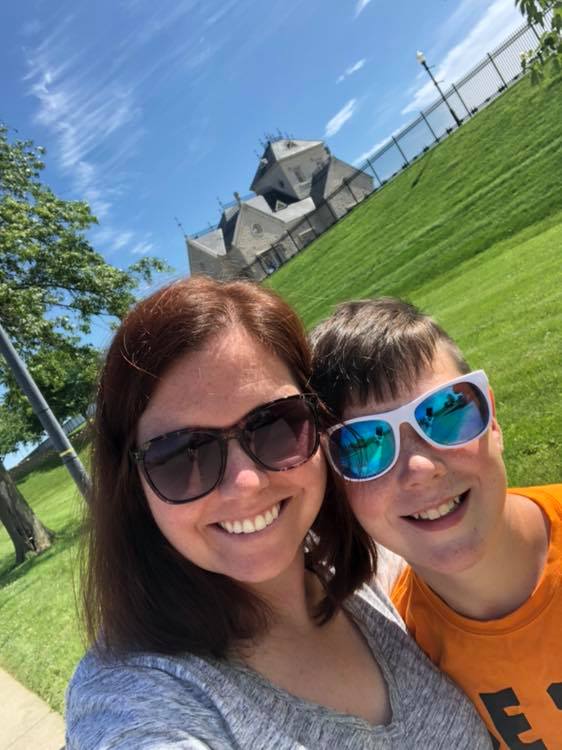 Today you can see people walking and running around the Crescent Hill Reservoir at all times of the day and in all seasons of the year. It is particularly popular in the warmer months. During the summer the Louisville Water Company opens up the historic Gate House to visitors. There was a restoration project last year, so when it opened up for visitors in the spring of 2016 there were noticeable improvements, including higher hand rails on the staircases. 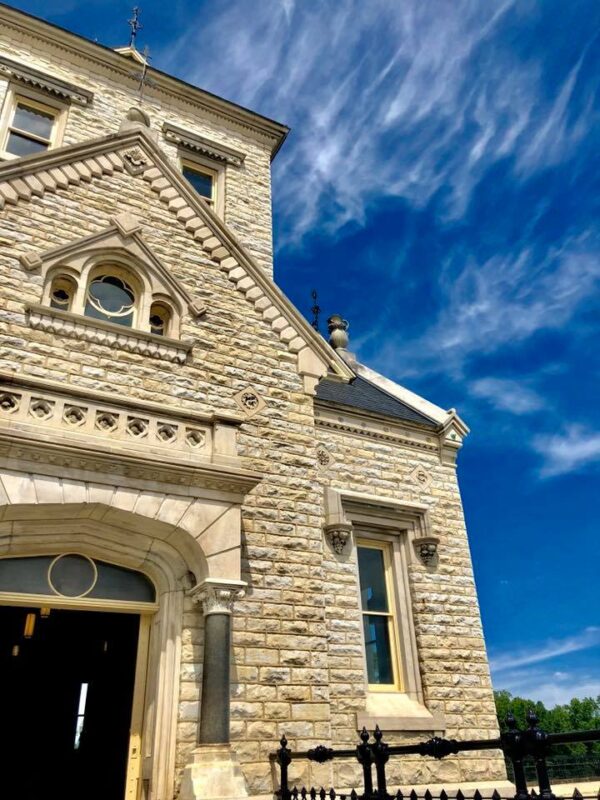 I took my kids one summer for walking Wednesdays and they thought it was the coolest thing ever. It was a little scary taking them up the stairs with the hand rails at my hip level, so I was quite happy to see they were extended for safety. We always start with a lap around the reservoir to get some of their excess energy out, which is usually augmented by watching a train go by down below us- something you don’t get to see every day. 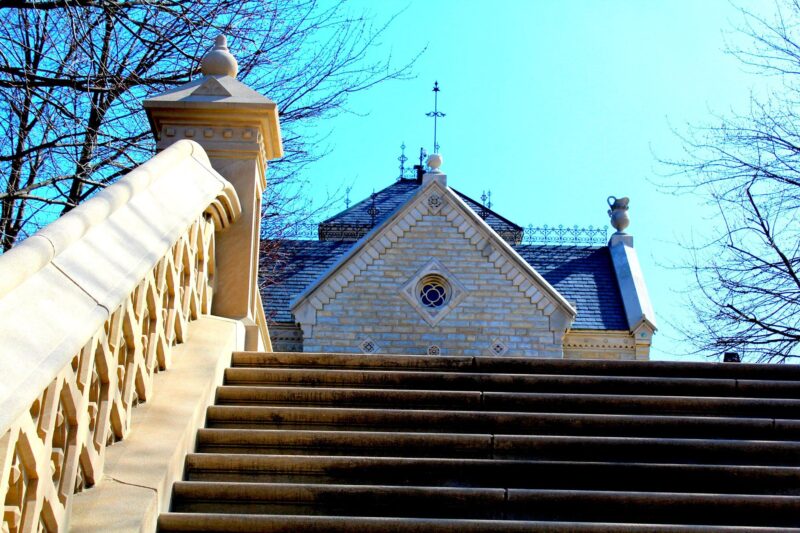 In the gate house there are water coolers full of Louisville Pure Tap ice water and cups, which I found especially nice in the heat of July. I do not know if they are still doing this. They also have laminated schematic drawings of the gate house and surrounding facilities as well as docents who can tell you more about the history and architecture. 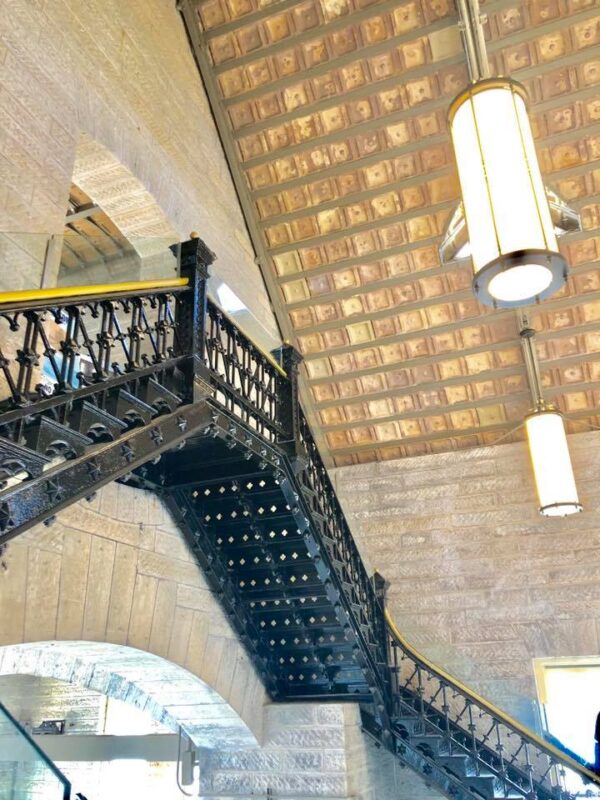 There’s not much inside the pump house other than pumping machinery, which is really interesting close up for kids who are interested in mechanical things. It’s always nice to get a different perspective on something you might be taking for granted, and it presents a great opportunity to explain the significance of water treatment history to kids who may be taking clean drinking water for granted. 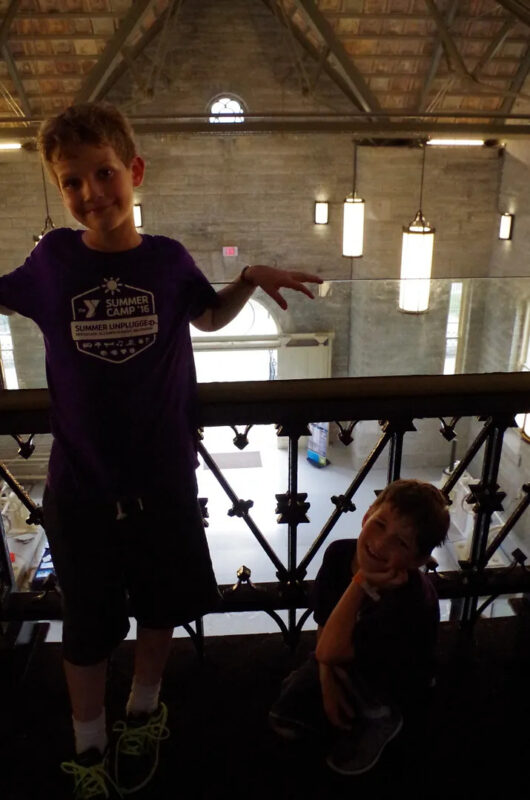 The gate house for walking Wednesdays is open to visitors on a few upcoming dates. August 4, explore inside the Gatehouse from 11 a.m. to 7 p.m. On September 1, the Gatehouse will be open from both 11 a.m. to 1 p.m. and 5 p.m. to 7 p.m. Click here for more information. People will be there to answer questions so encourage your kids to be curious and ask! 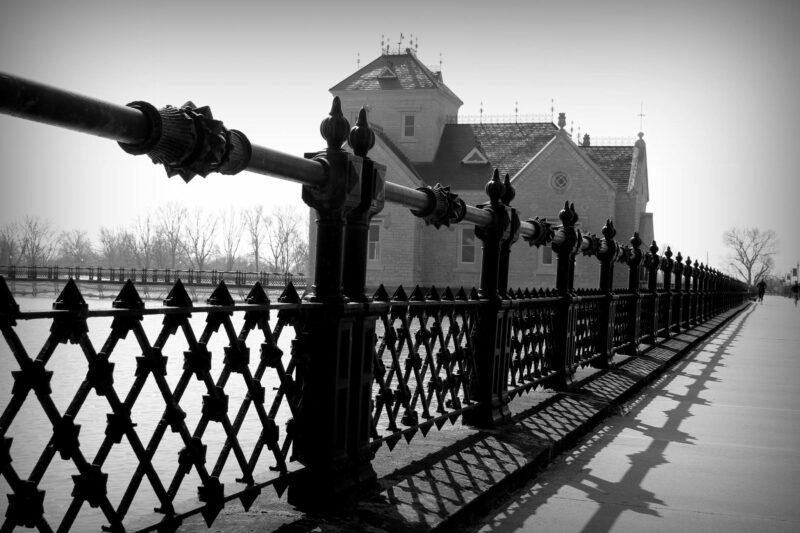