A celebration of Halloween art, lights, and music that’s fun for the whole family. 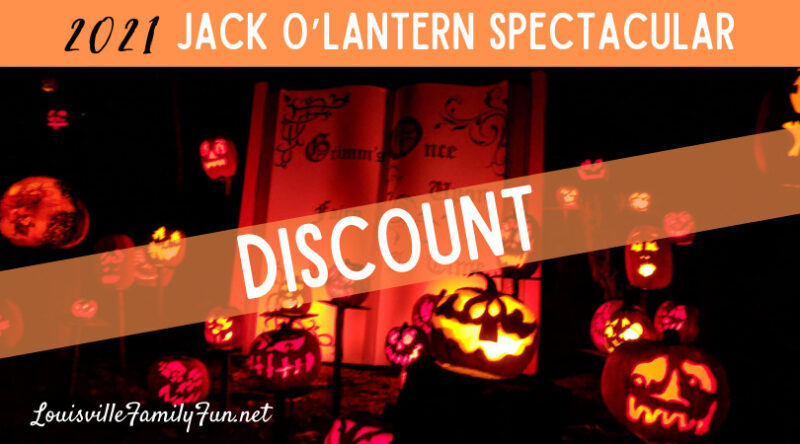 Weekends have been selling out for Jack O’Lantern Spectacular. Why not go on a weeknight? Avoid longer lines and crowded parking and enjoy a special evening out at Iroquois park on a Monday or a Tuesday, and you will get to save some money. Details below. 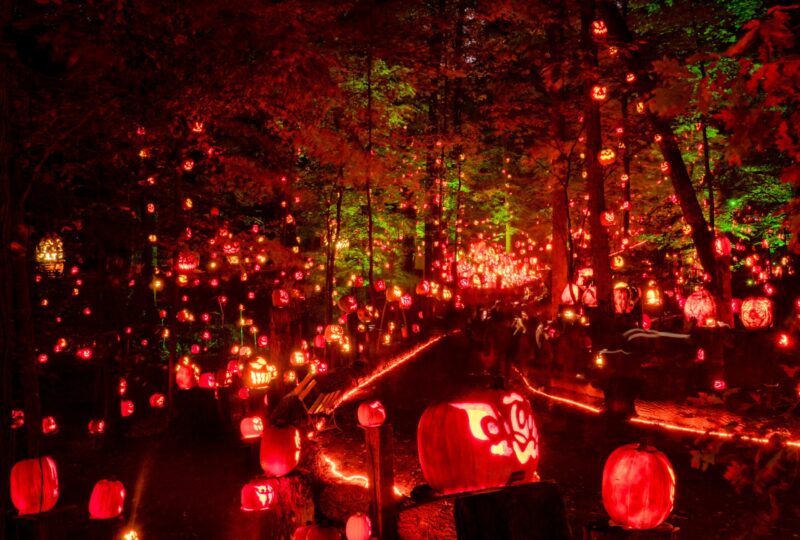 With so many intricately-carved pumpkins and dozens of themed sections, you and your family will have a hard time choosing your favorites! Keep tabs on their Facebook page for changes in their scheduling due to weather. If that happens and you have an unused ticket for a day they close due to weather, you can exchange it for any other Sunday-Thursday of the show.

Entering through the Iroquois Amphitheatre, you’ll wander the wide, accessible walking paths through the historic woods, surrounded by thousands of intricately-carved pumpkins, all set among a “spooky-not-scary” backdrop of decorations and light. 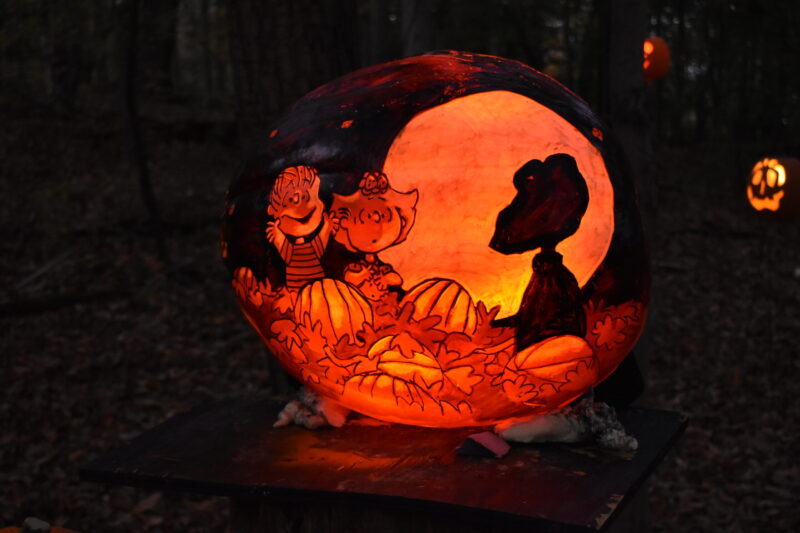 This year our theme is “Changing the Channel: A Timeline of Television History”. Pumpkins are grouped together by theme, which will include the Golden Age of Television, MTV, ESPN, Disney Channel, and so much more. Which television series do you hope to see enshrined on a Jack O’Lantern Spectacular pumpkin? 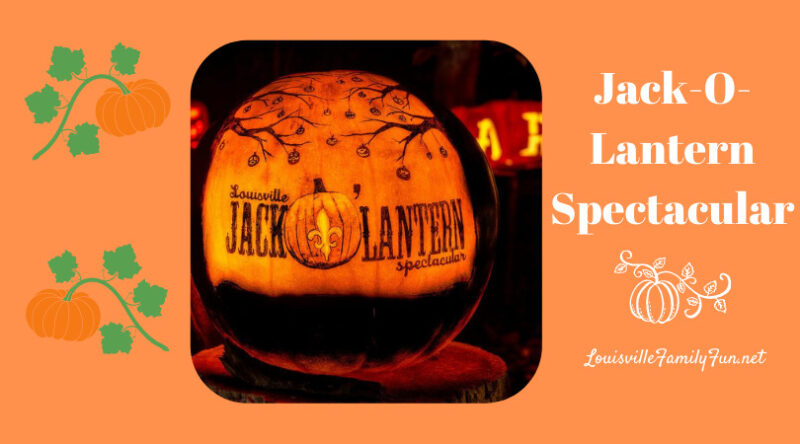 Tickets are available now! To avoid sell out nights, purchasing tickets in advance is suggested. The region’s best Halloween experience is back as a nightly walk-through at Iroquois Park from Sept 30 to October 31st. More than 5,000 carved pumpkins lining a secluded wooded area.

Louisville Family Fun readers can get $2 off per ticket Monday and Tuesday nights by entering the code FFun2 at checkout. Lines are longer on other days so going on a Monday or Tuesday could lead to less waiting!

The Jack O’Lantern Spectacular is proudly presented by Thorntons and directly benefits the Parks Alliance of Louisville – supporting park projects in Louisville’s 120+ public parks the community-driven projects they support in Louisville’s parks and community centers.

Remember: Sensory Night is October 25, 2021 at 6:00 PM, for people with Autism Spectrum Disorders (ASD) and sensory processing differences to enjoy Jack O’Lantern Spectacular while it is still light outside. Pumpkins will light up the path,but there will be no music or special effects. 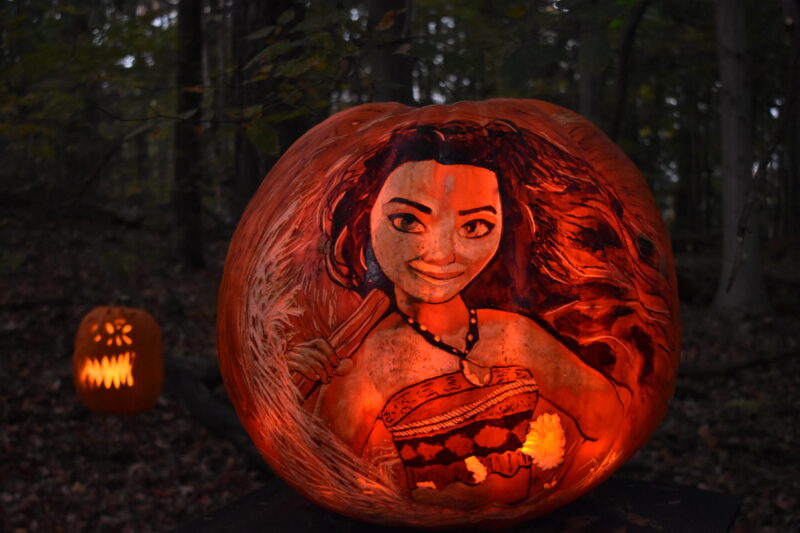 Plan your visit today at jackolanternlouisville.org

Looking for more fall family fun? We have some ideas.