Girls in Aviation Day introduces tweens and teens to careers in the field of aviation. 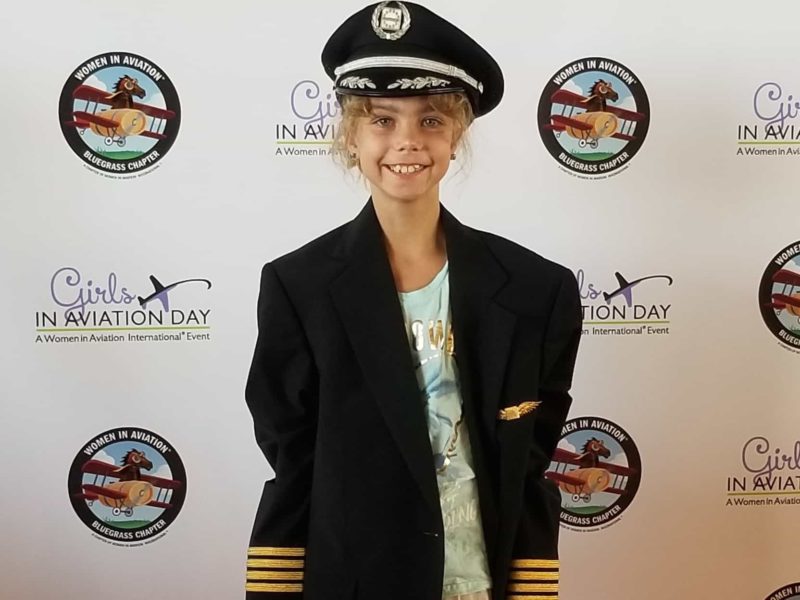 My 8 year old daughter and I have attended the Woman in Aviation International (WAI) event in Louisville, called Girls in Aviation every year. It is free and always in September.

Women have been involved in aviation since its earliest days. From E. Lillian Todd, who designed and built aircraft in 1906 to Helen Richey, who became the first woman pilot for a U.S. commercial airline in 1934, women have assumed a variety of roles in the industry. At the close of the 20th century, astronaut Eileen Collins became the first female space shuttle commander. During the last two decades, the number of women involved in the aviation industry has steadily increased and women can be found in nearly every aviation occupation today. However, the numbers are small by comparison. Women pilots, for example, represent only six percent of the total pilot population. 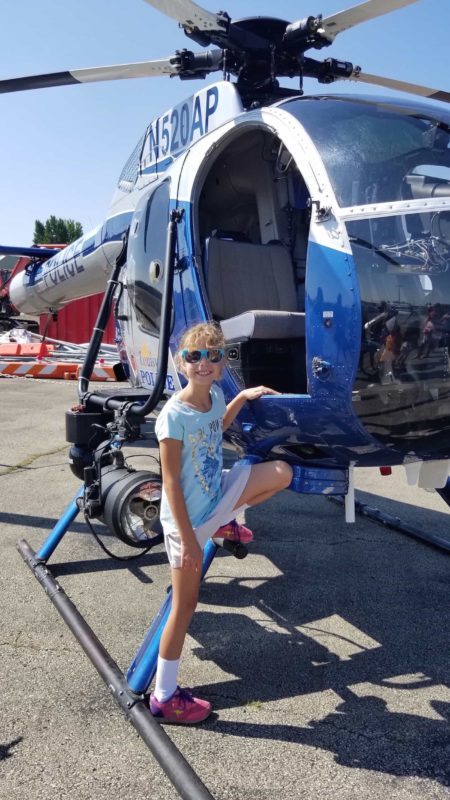 Girls in Aviation is an event focused on exposing girls to aviation. We attended another WAI event in the past “Whirly Girls” which was focused on women pilots of helicopters. Both the Girls in Aviation and Whirly Girl events were fantastic for the whole family. In the hanger were many tables of sponsors, activities, and information on aviation. My daughter enjoyed getting a sling bag of goodies from the sign in table, as well as lots of other freebies, ice cream, popsicles, bracelet making and more at each table she visited. 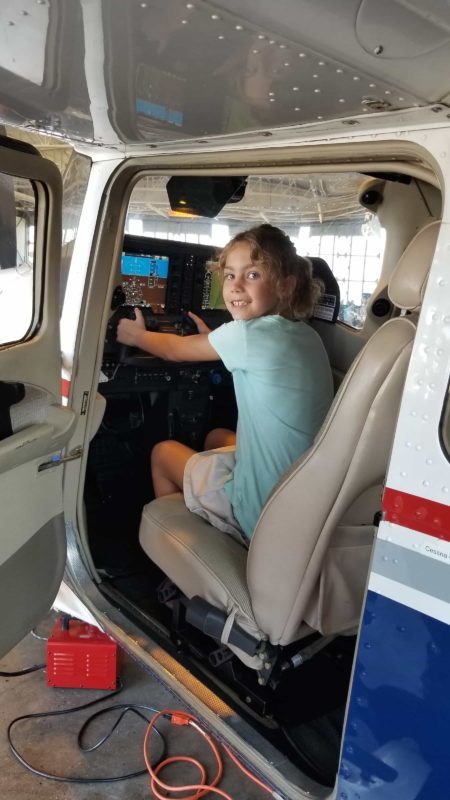 We got a lot of information on how to get kids (especially girls) involved in aviation. There were all types of planes and a helicopter to look at, ask questions, and climb in on the tarmac and in the hanger, as well as a flight simulator, and aviation simulation video games. We had a blast, and I recommend keeping an eye out for any future WAI events in the area.
The 2022 Girls in Aviation Day event is September 10, 12 – 4pm at Bowman Field, so be sure to check it out! 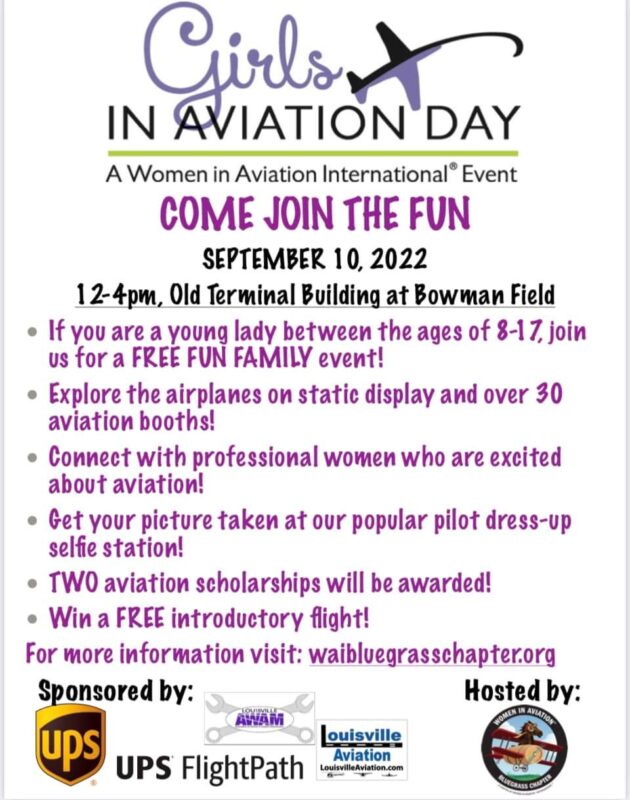